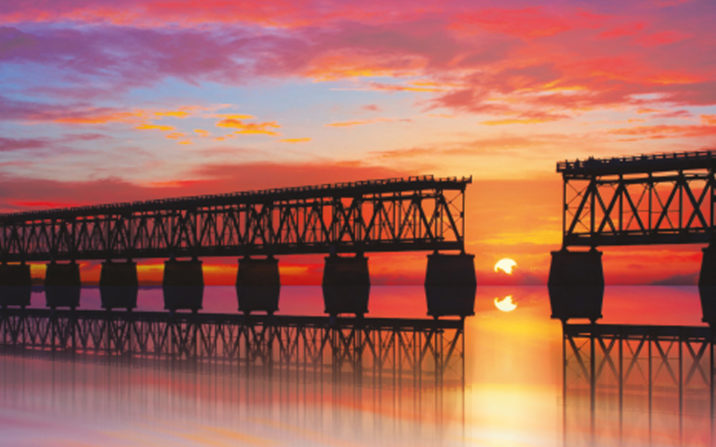 Although President Donald Trump’s pre-election promises of a $200 billion boost in spending for US infrastructure have so far failed to materialise, investors remain positive about the outlook for projects in 2020 and beyond.

Trump set out his ambitions during his State of the Union address in February 2018, promising that $200 billion of federal funds would “spur at least $1.5 trillion in infrastructure investments with partners at the state, local, tribal and private level”. Little has happened since, and there is zero optimism of an infrastructure bill materialising in Congress any time soon.

“Obviously there is currently a huge amount of tension between the Democrats and the Republicans,” says Norman Anderson, chief executive at CG/LA Infrastructure. “The idea that they will get together in an election year to do an infrastructure bill is beyond silly.”
He argues that the focus of both parties on public funding needs to change if a much-needed wave of private investment is to take off. “We have $23 trillion of national debt and that is increasing by $1 trillion a year, yet both parties are focused on public infrastructure,” says Anderson. “The public infrastructure model is broken, and they should be focusing on transitioning the model from public to private, but they aren’t doing that at all.

“We see the combination of an increasing number of obvious opportunities for private investment into infrastructure and a systemic failure on the part of government to facilitate getting those opportunities off the ground.”

“The public infrastructure model is broken, and [the political parties] should be focusing on transitioning the model from public to private, but they aren’t”

But although there is little direction coming from Capitol Hill, projects are getting done.
Doug Fried, US head of infrastructure, mining and commodities at law firm Norton Rose Fulbright, says: “While there hasn’t been much happening at the federal level in the Trump administration on the infrastructure side, the good news is that in the US most of the projects really happen at state or local level.

“So, while Trump can do certain things to possibly encourage private investment in infrastructure, really the transactions come from the states and cities. That is currently where the action is and where things are starting to get done.”

There is a growing view that some major projects will start moving forward in the near future to satisfy investors that are crying out for opportunities to invest. “The trend is positive,” says Fried. “A couple of clients have made the comment to me that they are happy with their pipelines in the US at the moment, which I haven’t heard in the past.”

In the face of government funding shortfalls, market participants expect public-private partnerships to start picking up in the US over the coming years.

Paul Epstein, a partner specialising in project development and finance at law firm Shearman & Sterling, says: “The fact that the federal government has taken the position that states and localities should bear more responsibility for the cost of infrastructure improvement isn’t necessarily a bad thing for private investors.

“It could potentially create gaps in the capital structure on projects that could be filled by private capital. It could also push states and localities to consider not only different funding models but also alternative procurement strategies, leading to more creativity in the way projects are designed and structured.”

A great deal of private investment in infrastructure over the years has been channelled towards transport projects, and there are more of those in the offing. However, newer areas are also attracting interest. In 2017, Ohio State University signed a first-of-its-kind PPP energy management deal. This involved leasing its utility system to the private sector in exchange for an upfront payment and a 50-year concession agreement.

Whereas political stalemate has often got in the way of large transport PPPs, Fried says university deals can be easier to get moving: “What we are finding is that investors have to deal with the boards of the universities, so these projects in some ways are less politically sensitive than those dealing with elected officials on things like toll roads.”

Since the Ohio deal, other universities have come to market with PPPs that have proved popular with partners. “It is attractive to investors because there’s a large upfront payment and that has to be funded,” says Fried. “It gives investors the opportunity to write a big equity cheque, whereas on some of the other infrastructure opportunities the deals might be large overall but the equity cheque may be smaller, and people get frustrated by that.”

“The PPP market has been quite successful in Canada, where the volumes have been significantly higher than in the US,” says Stephen Dowd, a partner at CBRE Caledon and head of the consultancy’s infrastructure investment practice. “The US is slowly developing those markets, which are very much state or locally focused, and that will continue to gain pace.”

One of the biggest projects in the offing is a plan to fix traffic congestion in the DC metropolitan area by expanding Maryland’s I-495 and I-270 motorways through a PPP, with tolls helping to pay for the cost of construction. Another proposal that is being closely watched is the Sepulveda Transit Corridor Project, which will involve building a rail line or monorail through the Santa Monica mountains and join up the Los Angeles transport network.

A flurry of airport terminal projects are also proceeding or close to proceeding under PPP arrangements. These include the JFK Terminal One project in New York, a consolidated rent-a-car facility at Newark Liberty International Airport in New Jersey, and the project to upgrade Phoenix Sky Harbor Airport in Arizona.

“Investors continue to make proposals and be interested in applying both their financial capital and their human capital to these projects across the US,” says Epstein. “What the market is hoping to see is some of these major projects getting off the ground and progressing in a concrete and tangible way, like the Maryland I-495 programme for example. This year has been largely quiet from that standpoint.”

Outside PPPs, Dowd says more than half of the investment he is seeing in North American infrastructure is in renewables. He adds that midstream energy, serving the expanded oil and gas markets, is another growth area: “The private infrastructure markets have had a great opportunity to participate in and fund some really good value in midstream energy. It will be interesting to see if that continues, and to what degree.”

Anderson points to several private investment projects that have the potential to make a huge difference if they can get off the ground. These include the 240-mile Texas Central Railway, which will connect Dallas and Fort Worth with Houston, in a project worth $20 billion; the Anbaric Offshore Electricity Transmission Highway to harness offshore wind power; and the $20 billion SeaOne Caribbean clean fuel supplies project.

Another is the Northeast MagLev project to improve travel between the major cities in the north-east corridor – home to 17 percent of the US population and 20 percent of the country’s jobs.

“The PPP market has been quite successful in Canada, where the volumes have been significantly higher than in the US. The US is slowly developing those markets”

The challenges lie in overcoming political hurdles. Anderson has called for a new infrastructure office to be set up in the White House to oversee priority projects and for the creation of a National Strategic Infrastructure Council. “The US needs to understand that facilitating priority private investment projects is a strategic priority,” he says. “Time really is money when the private sector is involved, so we need to change our attitude to focus on priority projects and the highly efficient use of funds.”

The role of government needs to change from that of owner to that of performance optimiser when it comes to public assets, adds Anderson. The good news is that investors are ready and willing to inject capital once projects can be unlocked.

“The US market has been somewhat challenging, at least relative to other jurisdictions, over the years,” says Epstein. “The capital will be there for appropriate projects. A key hurdle has been achieving the collective view across all stakeholders that a given project is appropriate for private long-term investment and that it is really the best option, or [offers the best] value, for the relevant constituency.”

Further commitment from government to driving forward investment in US infrastructure is still needed. But, for now, the lack of funds at the federal level is not all bad news for private investors.