Infrastructure Investor
Home News & Analysis Is the post-pandemic US market primed for PPPs?
Return to search 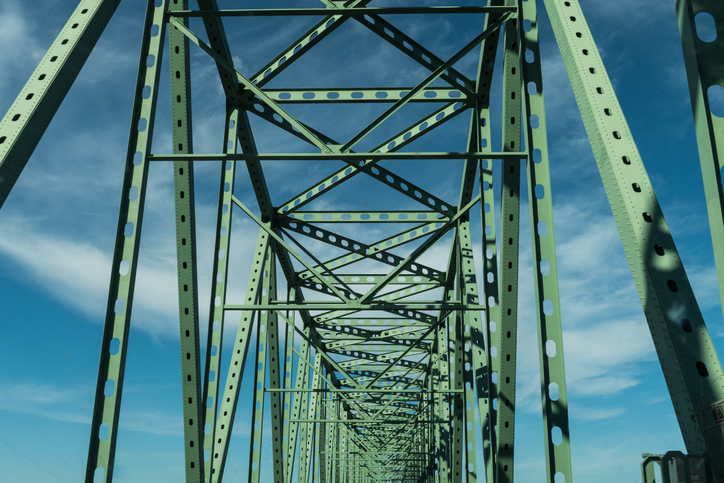 In the US, eye-popping numbers are emerging from the economic fallout of the coronavirus pandemic: a 4.8 percent drop in gross domestic product in the first quarter of 2020, a 15 percent unemployment rate, and a $2 trillion federal stimulus package.

After nearly two months of pandemic-related shutdowns, state and local governments are adding up the immediate financial impact. This is leading some in the infrastructure industry to question whether fiscal desperation might generate opportunities.

The US has an estimated infrastructure spending requirement of more than $5 trillion. Less money coming in and more going out means that building a budget for roads, bridges and utilities has become harder than ever before. Even after years of near-constant talk about a coming wave of public-private partnerships, the US had completed only 42 transport PPPs by the end of 2018, according to data from the Congressional Budget Office.

Gribbin tells Infrastructure Investor that government resources for infrastructure are soon diverted towards social programmes whenever a crisis hits. “The first thing you do is look at where there is spending that isn’t immediate, that doesn’t have to be done tomorrow, to push off into the future,” he says.

Infrastructure budgets are likely to shrink or are already depleted, Gribbin explains, so the political risk of privatisation may be more palatable to state and local governments managing weak economies. The need to save public money, move financial liabilities down the road and speed up project development provides a “great environment for PPPs,” he adds.

However, Gribbin says that if the federal government were to follow through on calls for the next phase of pandemic-related stimulus to focus on infrastructure, which the government could use to create jobs and inject capital into local communities, the private sector would likely be boxed out of any near-term investments.

“If the federal government just takes buckets of cash and dumps it into the system to pay for infrastructure, then it will completely eclipse the need for private funding,” he says. “Nothing does [more] for the weighted average cost of capital than grants.”

For nearly two decades, asset managers have stood ready to deploy capital into US infrastructure. In 2020, federal, state and local governments may once again use investments in assets that form the backbone of the country’s economy to help pull communities out of crisis. But they may need private capital to do it.

Karl Kuchel, chief executive of Macquarie Infrastructure Partners, the North America-focused infrastructure investment business of Australian banking giant Macquarie Group, says it is “reasonable to expect” deals to take place in the current market environment “for assets facing liquidity challenges or where the seller has another imperative to meet.”

Having worked at MIP during the global financial crisis, Kuchel says the “severity of the dislocation” is the first thing that comes to mind when thinking back to that time.

“It was a feeling of uncharted waters,” he explains. “We had invested based on long-term historical trends of what we had seen. Our financing structures were based on previous slowdowns, but [the GFC] had a more severe and significant impact on some assets.”

Despite the potential for increased market activity, Kuchel is sceptical that “a flurry of public-to-private deals” will become available as a result of the pandemic. “I don’t think the public sector will simply say, ‘OK, we’re automatically going to involve the private sector more,’” he tells Infrastructure Investor. “I think public entities will still ask: ‘What other options do we have?'”

Jeff Jenkins, a founder of New Orleans-based Bernhard Capital, says the question he is hearing more from government officials these days is: “Are you free to talk?” The mid-market infrastructure firm, which specialises in utility operations, was launched in 2013 following engineering company CB&I’s acquisition of The Shaw Group. It invests up to $150 million per deal in power, water and wastewater assets, Jenkins says.

“There are inefficiencies to take advantage of in the mid-market by enhancing smaller utilities in a short period of time,” he explains. “We started recognising that more communities were open to it. At first, they said: ‘No. Politically that won’t work.’ Now, governments are saying, ‘We need more solutions.’”

Public-to-private deals become more likely, Jenkins says, when smaller governments are working with firms they know and trust: “It’s hard work to build relationships and gain the trust of a community to partner on the monetisation of their assets.”

In April, Bernhard Capital announced the acquisition of Ascension Wastewater Treatment, a state-regulated utility serving 20,000 customers in the Baton Rouge area of Louisiana. After years of “back and forth,” Jenkins says the Louisiana Public Service Commission finally agreed to the take-private acquisition that month. He declines to disclose the deal value.

American Triple I Partners’ first PPPs are small steps into infrastructure investing. However, if they are done correctly, they could lay the groundwork for years of public-to-private dealflow.

The New York-based firm is on track to reach financial close in mid-2020 on its first projects, both of which are in Texas: PPP developments to build a parking garage and student housing complex at Texas A&M University in the city of College Station; and a technology innovation centre at a former US Air Force base for the Port Authority of San Antonio – a city where one of American Triple I’s founders, Henry Cisneros, served as mayor during the 1980s.

Jim Perschbach, chief executive of the port authority, says American Triple I has brought “a lot of creative thought and understanding” about different ways to develop projects.

“We had a challenge and were looking for ideas to solve that challenge,” he says. “They bring financing and development expertise, and access to capital is the icing on the cake.”

David Cibrian, American Triple I’s chief executive, says government relationships are a “powerful differentiator” for the firm and were key to its first PPP approvals.

“Our focus from the beginning has been on finding mid-market solutions for state and local governments,” he says. “Now more than ever, there’s a need for private capital to be part of that solution.”

Cibrian says the biggest challenge to privatising US infrastructure is the drawn-out project procurement process. “This country doesn’t have time to wait for infrastructure projects to go through RFP processes,” he explains. “Things need to move quickly to give us the economic recovery that we need.”

The construction companies contracted to build Maryland’s Purple Line light-rail project cited delays and cost overruns in their decision to end their involvement in developing the $5.6 billion public-private partnership.

In an open letter to the PPP’s developer Purple Line Transit Partners, Scott Risley, project manager for the separate Purple Line Transit Constructors, pointed to more than two years of delays and $519 million of additional costs in the development of a 16-mile, 21-station project in the counties of Prince George’s and Montgomery.

“The owner has been unwilling to grant PLTC any of the compensable time extensions it has sought and refused to grant any additional compensation amounts,” Risley wrote.

Despite addressing the consortium in the termination notice, which begins a 60- to 90-day “orderly transition”, the construction companies pointed blame at the Maryland state government for their withdrawal. Without financial compensation, the construction companies claimed they “would be forced to absorb hundreds of millions of dollars in additional costs that are [the state’s] responsibility”.

“After six months of intense negotiations, all parties came to an agreement in principle on a settlement of certain issues, only to have [Maryland Transit Administration] refuse to move forward with that deal,” Risley’s letter stated.

In March 2016, Maryland’s Department of Transportation awarded PLTP a 36-year PPP agreement to build, finance and manage the Purple Line. The consortium reached financial close on the project three months later and received a $900 million grant from the US Federal Transit Administration and an $875 million loan under the terms of the Transportation Infrastructure Finance and Innovation Act.

The project was originally scheduled to open in March 2022. It is now expected to open in two phases: in late 2022 and mid-2023. The construction contract to build the Purple Line is worth $2 billion. It was the subject of an unsuccessful lawsuit by environmental activists, and beset by problems in obtaining the property required for development and last-minute changes in design requirements.

In a news release accompanying the open letter, Risley added that the construction companies “did everything we could to work with [the state] to attempt to come to an agreeable framework for us to complete the project”.