If you like horror stories, you could do worse than settle into your favourite chair with a hot drink and spend a few minutes reading the New York Times’ brilliant expose on the travails of the New York subway system.

Suggestively titled The Most Expensive Mile of Subway Track on Earth, it’s a stark reminder of the dangers of low competition and the worst excesses of public procurement.

My favourite bit: when an accountant discovers there are 200 extra workers on site doing… well, no one really knew. “All we knew is they were each being paid about $1,000 every day,” quipped the then head of the Metropolitan Transportation Authority, Michael Horodniceanu. The unnecessary workers were eventually sent home, but that discovery, made in 2010, was only revealed to the public at the close of 2017.

That makes the contractual excesses of PFI – the infamous £333 to change a light bulb – seem positively tame. If you want to learn how to waste taxpayer money kids, the MTA’s got you covered. There’s much more to the story, including how the subway system has been chronically underfunded because generations of politicians keep diverting money away from the MTA, but we won’t spoil it for you – it’s worth the read.

Coincidentally, this tale of public procurement excess comes as another furore engulfs the UK’s privately-run rail system, following the collapse – and, some argue, subsequent bailout – of the operator of the East Coast Mainline.

Never mind that part of the operator’s business plan was predicated on infrastructure upgrades the publicly-run Network Rail failed to deliver. Or that, as Julian Glover, a former special advisor to the UK secretary of state for transport, wrote in the Financial Times, train “traffic has increased 135 percent since privatisation and 83 percent of passengers are satisfied with their journeys”. The debacle – harshly criticised by outgoing National Infrastructure Commission chairman Lord Andrew Adonis – is making the drumbeat for nationalisation in the UK grow irresistibly louder.

This tribalism over procurement methods is obliterating any chance of an honest discussion on who pays for infrastructure in the 21st century. The UK, like many other countries, is shifting more and more of the cost of upgrading and maintaining its rail network to the people who use it. Which, of course, is what makes the East Coast Mainline’s ‘bailout’ so egregious to the public in the midst of a 3.5 percent fare increase.

“Even so, for every kilometre travelled the state pays 5.1 pence. Like the opera, railways are used mainly by the middle class but funded in part by everyone,” in Glover’s killer summation of the state of play.

Still, in this age of unprecedented Western consumer empowerment, where NIMBYism (Not In My Back Yard) is rampant and social media can amplify an issue exponentially, few governments are having a straightforward discussion with their citizens about what it costs to build, maintain and modernise their infrastructure.

The best messaging from any government by far has been Australia’s asset recycling programme, championed by New South Wales, where a clear line was established between the proceeds of privatisation, the building of new infrastructure and the funding of citizens’ pensions through local ownership.

Sure, you can poke holes in it and argue that Australia’s 26 recession-free years are a luxury other OECD countries have not been afforded. But when things go wrong, only ideologues will fool themselves into thinking consumers will feel all warm and fuzzy inside if it’s the publicly-backed MTA wasting their money instead of the private Stagecoach/Virgin consortium that operates the East Coast Mainline. 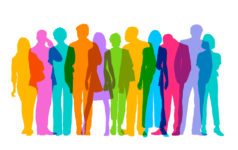 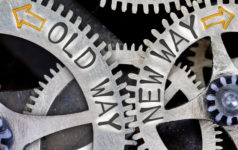 PPPs need to confront their chequered past

Renewables 1 day ago
Added to your Saved Articles
Loading
Unsave Article
Please confirm you would like to remove this article from your saved articles.
Share with other subscribers
Only logged in subscribers of this site will be able to access the shared article.