You don’t often hear of an investor point-blank refusing to engage with a manager on the grounds of a lack of diversity. But that’s exactly what delegates heard from a GP at the Women in Private Equity Forum, held in London in November.

The GP had presented its latest fund offering to a Nordic state pension, which said it would not review the vehicle until the firm could show progress on diversity.

The anecdote is notable because the situation is rare. For all the discussion of diversity and inclusion in the industry – and the need to dramatically increase it – examples of investors citing it as a dealbreaker are few and far between.

“I generally feel not enough is being done on this on the LP side,” said the GP on stage. “We really have to make this a hard [criterion]; it’s in the process, but not at the forefront of the process.”

Manager diversity is often addressed at some point during the due diligence process. The Institutional Limited Partners Association has produced guidance on what to ask GPs, but the findings tend to have only a limited bearing on the decision to make a commitment.

Gillian de Candole, an investment principal at Brunel Pension Partnership, said at the conference that it considers diversity when grading managers on sustainability. A lack of diversity can contribute to a lower overall score but wouldn’t stop a commitment by itself.

Consensus has formed around the idea that the private equity industry would improve with greater diversity. Inclusive workplaces would attract a broader base of talented recruits and allow for a wider set of viewpoints when investment decisions were being made.

Change will feel glacial. But without investor pressure, it will be even slower. The more investors who say, “Come back when you can show how you are fixing this”, the faster progress will be. 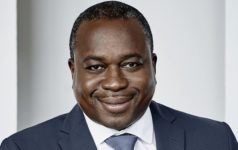 Webcast: How infrastructure will survive in a downturn

The EU’s ‘green recovery’ needs to be a facilitator of private...

News & Analysis 19 hours ago
Added to your Saved Articles
Loading
Unsave Article
Please confirm you would like to remove this article from your saved articles.
Share with other subscribers
Only logged in subscribers of this site will be able to access the shared article.