Some firms have told recruiters to make sure candidate shortlists feature a set proportion of women, as private equity comes under growing pressure to address its gender imbalance.

London-based Private Equity Recruitment is among those that has been asked to compile shortlists for investment management roles that comprise 30 percent women, founder Gail McManus told sister publication Private Equity International. The reverse has also been requested for investor relations roles, which can often be disproportionately weighted towards women.

“Every female in M&A and leveraged finance is having a large number of headhunters trying to call them every day,” McManus said. A PER compensation survey in July found only 14 percent of the 547 private equity investment professionals who responded were women.

Women account for just 29 percent of the overall private equity workforce and only 6 percent of senior investment professionals, according to a May joint report from Level 20, an industry body promoting gender diversity, and the British Private Equity and Venture Capital Association.

Diversity is front of mind for a growing number of investors – a trend that has been underscored by the Institutional Limited Partners Association expanding its due diligence questionnaire to include general partner-level diversity issues and giving guidance to GPs on the establishment of codes of conduct for “defining, reporting, investigating and disciplining harassment, discrimination and violence in the workplace”.

While the intent behind quotas – whether it be LP-driven or organic – is commendable, they are unlikely to get to the root of the problem.

A female partner at a Europe-headquartered private equity firm told PEI on condition of anonymity that of roughly 100 candidates considered in a recent hiring process for an investment role, only “a handful” had been women. Of these women, none had the required experience and would have been dismissed out of hand had the resumes been anonymised, she said.

“I’ve heard a non-executive director candidate complaining that she was often on shortlists but rarely selected,” said Simon Havers, head of private equity and venture capital at executive search firm Odgers Berndtson. Most of Odgers Berndtson’s clients expect it to produce diverse candidate lists as a matter of course, and some have explicitly told the firm they do not wish to receive a shortlist comprising only white, middle-aged men, Havers added.

“[The female non-executive director candidate’s] concern was being put on lists not because she was being seen as a serious candidate for each role, but because the headhunter had been given a quota to hit by its clients and was being used as padding to reach that target,” Havers said.

The supply of suitable female candidates willing to move outside of the so-called big four accounting firms and across to private equity is partly hindered by a lack of flexibility on the part of some PE firms, the female partner said. In her experience, fears that the demands of parenthood might conflict with time-intensive investment roles had occasionally deterred women from the asset class.

“GPs need to take positive action and be more flexible in their attitudes to working, particularly as families come into the picture,” she said.

Apax Partners has extended paternity leave and offered to pay for au pairs to to fly with women returning from maternity leave, the Financial Times reported last year. KKR was also said to have offered to cover costs for women to freeze their eggs in the US. Similar measures may need to be adopted on an industry-wide scale to improve private equity’s image.

“Deal teams do need to see each other in person, but it could even be a half-day each week or some flexibility at the beginning and end of the day,” the partner added. “The type of people we’re employing are motivated and driven enough that they’d overcompensate by working harder as a quid pro quo for that flexibility.” 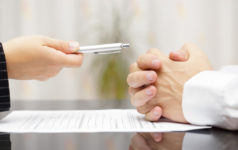 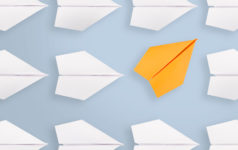 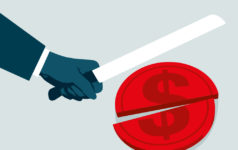 Why infra GP stake sales are on the rise

coronavirus 16 hours ago
Added to your Saved Articles
Loading
Unsave Article
Please confirm you would like to remove this article from your saved articles.
Share with other subscribers
Only logged in subscribers of this site will be able to access the shared article.