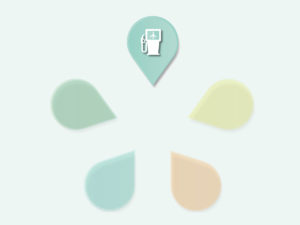 In recent years, the idea of what is considered infrastructure has collided with the growing services-based economy. That trend is set to accelerate in 2021 – and quite possibly forever. ‘Infrastructure as a service’ entered the industry’s accepted lexicon during the last decade, though it is hard to pinpoint when. It could have been around the time residential solar companies gained prominence, offering at-home panel installations for a cut of the user’s energy savings. Or maybe it was the rise of energy-efficiency measures to more accurately control the power usage of electrical grids and individual buildings.

But two things are fairly certain. First, infra as a service got a big boost on the road to mainstream acceptance in 2018, when industry heavyweight Brookfield Asset Management invested in air-conditioning leases. The second is that, since the rise of infra as a service, the asset class has not been the same.

Now, it seems as if any service provider that touches on one of infrastructure’s core pillars – energy and power, transport, wastewater and communications – is fair play for investors. Whether that is aircraft maintenance, rental car facilities, sewage clean-up or smart meters, the industry is seeing it all.

“A customer will say, ‘Give me a service that allows my asset to perform better without me having to pay for it upfront’”

The idea is that revenue models for infra-as-a-service companies are ‘infra-enough’. Investors contend that as long as cashflows from these businesses are as secure as the assets they service, the risk-return profile will be in line with their targets. But technology is complicating this. As digitisation continues to code the world, the idea that an infrastructure investment needs to touch a physical, real-world asset at all is beginning to be tested.

Looking at two sectors in particular – energy and data services – you can see the beginnings of what could emerge as a powerful trend: infrastructure investments without hard assets.

Energy services are, in many ways, the original infra-as-a-service play. Saving money by not keeping the lights on is as old an idea as the lightbulb. However, moving beyond the simple measures of switching to LED bulbs has enabled a lot of the energy services sector to go remote.

SUSI Partners is one of the industry’s best-known managers to have capitalised on these measures. Since 2011, the Swiss-based firm has raised a suite of funds to invest in various energy service products, including efficiency technologies and storage solutions. SUSI’s push into energy services was, in large part, “driven by strong growth created by customer needs”, says Marco van Daele, the firm’s co-chief executive and chief investment officer.

“A customer will say, ‘Give me a service that allows my asset to perform better without me having to pay for it upfront’,” he says. “[Energy services] allows end customers to focus on their core business, taking that capex off their balance sheets and stretching out liquidity that’s required to make that service available.”

The revenue model for energy services is, essentially, “largely fixed”, van Daele explains, even if that cashflow is actually being generated by cost savings. Typically, energy services are secured through long-term usage contracts – “not dissimilar” to power-purchase agreements for wind farms, he says.

The risks investors assume do differ, however. Instead of operational risks being a primary consideration, van Daele says it is negotiating agreements with creditworthy counterparties – ones that will always be able to pay their bills – that becomes top priority for energy services investments. “What’s the definition of infrastructure? In the end, it’s about visible cash flows that are not subject to wild market movements and are derived from hard assets which provide some capital protection if things go wrong.”

But what about energy-service cashflows that are seemingly generated from thin air? Through ‘virtual power plants’, Sidewalk Infrastructure Partners has earmarked this as an opportunity capable of reaching scale.

The US-based tech innovation firm  – which arose from Alphabet subsidiary Sidewalk Labs, an urban technology incubator – backed an early-stage platform last year called Resilia, which aims to install ‘smart thermostats’ in 500,000 California homes. The goal, says SIP co-founder Jonathan Winer, is to create a network of homes operating on a system that controls demand-response power needs at critical peak and off-peak usage hours throughout the day.

“We can get about 500MW of load capacity, just from these 500,000 potential users,” he says. “We don’t own a power plant… but we will be able to aggregate the energy usage and savings of these households and bid in the exact same market as other power suppliers and enter into capacity agreements.” From just computer networks and new thermostats, SIP sees an opportunity to compete with legacy power companies, using the power these companies themselves generate.

It should come as no surprise that, given the pace of digital infrastructure’s growth in the marketplace and the interest for supporting assets, investors are already veering off into businesses that provide services to internet connectivity. Data centres in particular have become prime assets for service-related investments. Just as it is far too costly for industrial businesses to manage on-site power plants, companies seeking cloud data storage are finding local data centres expensive and hard to come by.

That is where a play for data services makes an appeal “for cost and capability”, says Wayne Busch, president of financial services at NTT Data Services, a US-based division of Japanese tech conglomerate NTT Data Corp. He says businesses first began turning to cloud data management by building the physical infrastructure to support their own operations.

“Then, a lot of companies started to make their private clouds public as a way to capitalise on businesses of scale seeking to reduce their cost of services and capital investments,” Busch explains. “To translate, annual investments in physical infrastructure was traded for a run-rate from a provider.”

Heads in the cloud

The result has been an arms race to not only build out cloud services solutions, but also to offer solutions that can better use a business’s data to enhance profitability. The latest trend in this arena, Busch says, is for data services companies to provide data analytics and machine learning technology. This, he says, provides “value that goes beyond common infrastructure and the pipes running into a business”.

Like other infra-as-a-service opportunities, data services generate cashflows based more on usage fees for optimising an asset than for using the asset itself. The connection to real-world infrastructure is still out there. It’s just getting harder to see.