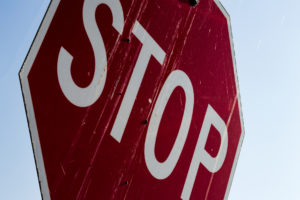 From prospective US presidential candidates to UK Labour leader Jeremy Corbyn, private capital’s licence to operate is, arguably, being challenged as never before. The brush the industry’s critics are using to paint it with is not an unfamiliar one. Essentially, it boils down to portraying private capital as a bad steward of the assets or companies it owns, as a force that destroys jobs and damages society, and claiming that it is essentially an extractive force rather than a value creator.

Regardless of the fairness of these broad charges, one thing is certain: the onus is on the industry to disprove them and offer evidence that it is well aware of what it takes to keep its social licence to operate.

Failure to do that could have hefty consequences. As Ingrid Edmund, senior portfolio manager, infrastructure investments, at Columbia Threadneedle Investments, told us in our debut Licence to Operate roundtable, published in February: “If your assets or your management teams are not aligned with those objectives, then someone is going to take away your returns in the next 20 years.”

That wise assessment reflected the growing importance of environment, social and governance principles in infrastructure investing and, specifically, the difficulties in getting the elusive ‘S’ in ‘ESG’ right.

Although ESG is at the heart of private capital’s licence to operate, keeping that licence is also very much about revisiting industry practices, such as the use of leverage.

“If you put [in] a reasonable amount of debt then you can focus on growing the company instead of just cost cutting,” Marion Calcine, managing director, infrastructure at Paris-based Ardian, told us at the roundtable. “You allow the company to go through low economic cycles, which of course, is extremely important.”

“We spend a lot of time engaging with our communities, at the asset level, talking to people and trying to do things like minimising zero-hour contracts here in the UK,” she said. “These are small things at the absolute micro-level, but they make a big difference. Ultimately, if we look after the people who are helping us deliver that success, they will be our greatest advocates.”

But it was JPMorgan Global Alternatives boss Anton Pil who captured the negative consequences of neglecting the social side of things in a February guest article: “The regulatory impact for infrastructure companies failing to adequately consider social factors can be enormous, with the potential for negative implications for community development; employee health and safety reviews; and reviews of customers, communities and supply chains.”

JPMorgan learned that lesson the hard way when, in June, portfolio company Southern Water was fined a record amount by UK watchdog Ofwat for damaging the environment, among other offences.